We need to build an application for a multinational retail company having a lot of departments and resellers in different countries. The challenge is to establish a REST API structure that can be used by resellers or departments that have their web a

Learn about Route caching and Lumen in Laravel

Route caching helps to speed things up. In Laravel 5, a caching mechanism was introduced to speed up the execution.

Getting Started with BDD in Laravel

For many developers BDD is a complicated subject, and getting started with it the right way often does not come easy - especially when you need to implement it into an existing framework. This tutorial aims to help you get a BDD-powered Laravel proje

In this second part of the Laravel and AngularJS todo application tutorial using token based authentication we are going to build the frontend. It will be made completely separated by the Laravel application itself so the same things seen in this tut

In this tutorial we will see how to use Laravel 5 to serve as a REST API backend implementing also a simple basic HTTP Authentication to store data for different users of the application. We will use a middleware to provide the authentication for the 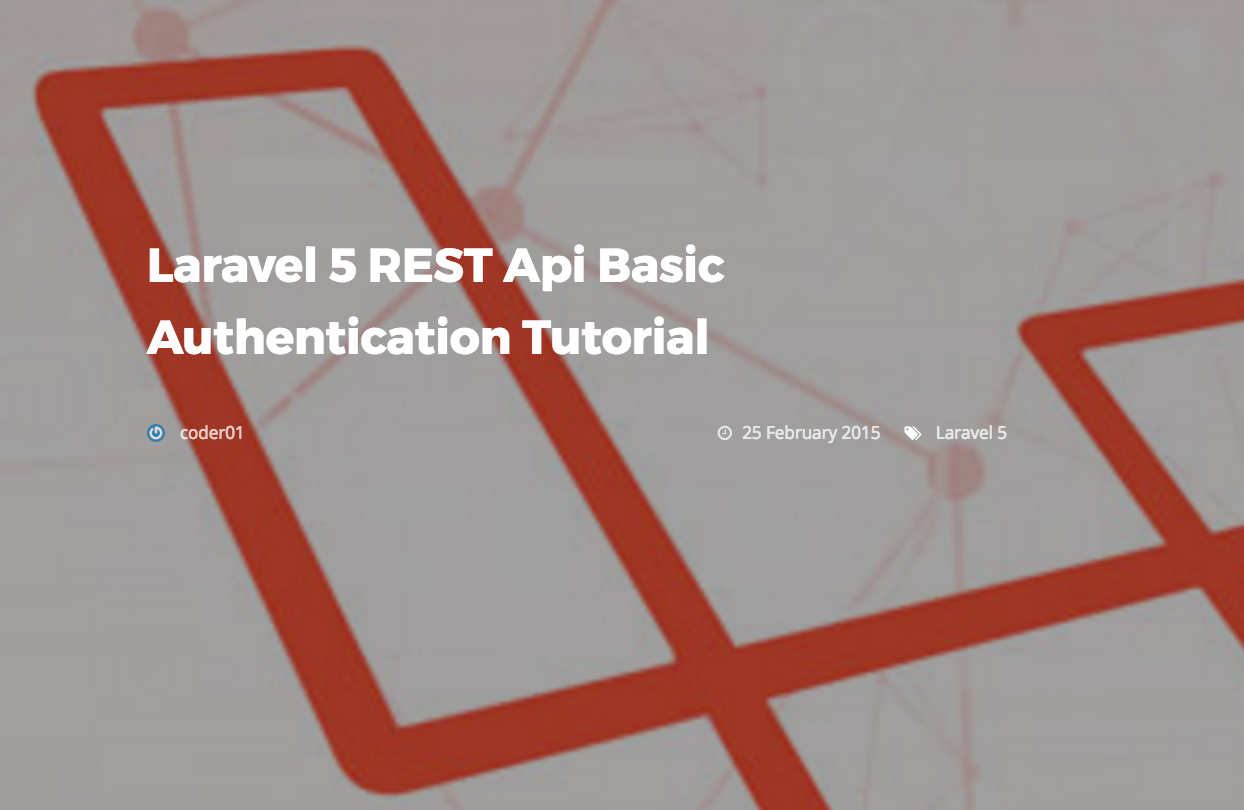 In the first two parts of this tutorial we created the backend of the application where the hotel owner can create room types and assign it a price for a certain dates. Now we need a final user interface where the customers can search a room and chec

In the first part of this tutorial series we created a basic Laravel application with all the data model needed for the application and a basic first controller to insert new room type. As we said at begin the frontend of the booking engine will be a